I spent two idyllic weeks in Teacapan, a small fishing community west of Escuinapa. Thanks to my trusted book on camping in Mexico I was able to find this campsite on the beach, which was practically empty except for Bob and Gayle from Colorado who winter there each year. We were joined later on by two other couples from Banff of all places! Instead of telling you how beautiful it was, let me show you! 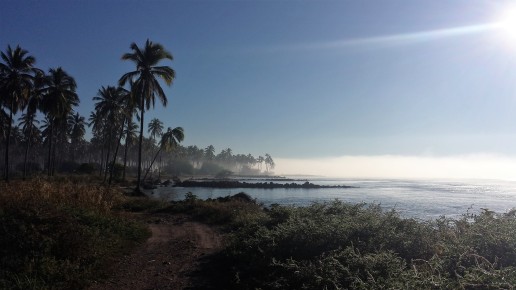 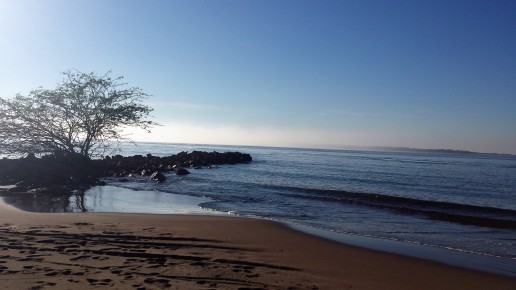 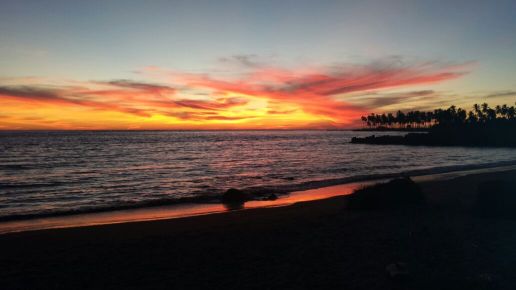 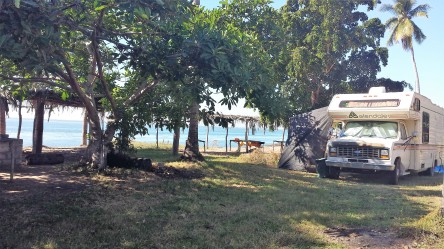 I had the pleasure of meeting the gringo community there and was invited at different events.  Gayle took me into town a few times to replenish my groceries and I was invited to join Judie and herself for the Milk Run they were doing the following week, which I gladly accepted. 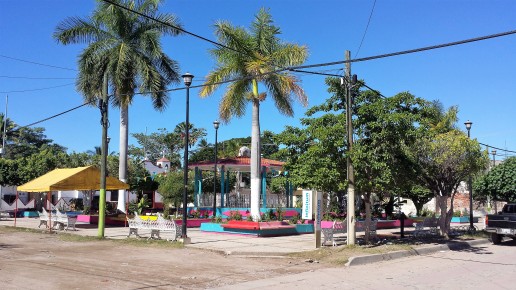 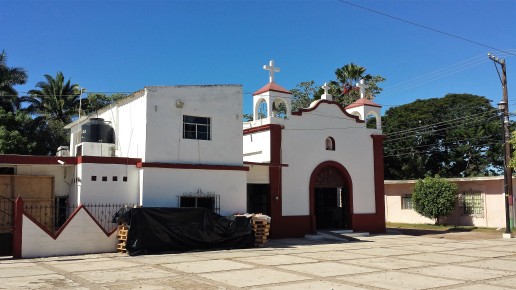 This is what I learned in the few hours I spent in the company of Judie and Gayle:Once a week ladies from the gringo community will distribute milk and cookies provided for by the Mexican government. This is intended to help the native community and as I discovered this venture is faced with many obstacles. First of all most of the children do not go to school, so a school program would not even reach them. Most of them, particularly the boys, are sent to work in the fields as early as 10 years old, despite the law that forbids child labor.  The other problem is that this population is a transient one that follows crop harvesting around the country. They usually arrive in Teacapan around October and stay until April, when they will pile onto buses, with their many children and all their belongings to the next area offering work. They will either settle into abandoned or half built homes, or will be charged an exorbitant rent for something a little better. Many families return to the same dwelling year after year, but not always, making it difficult for the volunteers to locate them. 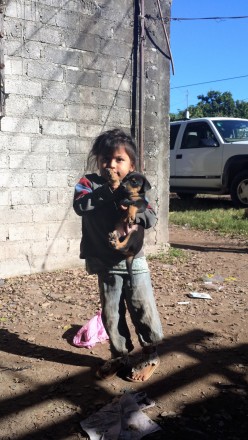 The indigenous people are a distinctive population. They are small in stature, with a very dark coppery skin. One group had fine features with a hooked nose, while another group was shorter still with rounder features.

The gringo community is very involved here and does a lot of good. It organizes a Christmas dinner for the indigenous families. It was during such an event last year that a family asking for a piece of wood to secure their wooden shack was generously gifted a brick house a gentleman paid for himself. The expats also organize a golf tournament to raise funds for the dental clinic. Two dentists from Boston have been coming to Teacapan for years to offer their services to the population for free. The gringos joined the venture organizing a fundraiser to keep the clinic running and to feed the population during the event. 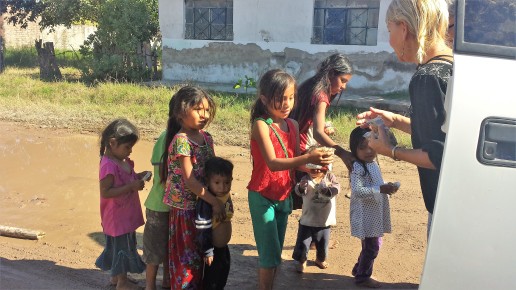 The brick house the young family was gifted was small, kept very clean and tidy and reminded me a lot of the little house, not much bigger, my paternal grandfather Manuel received from the government when he retired from the coal mines in central France.

Another family we visited lived in a 2 room brick house with a straw mat on the floor for mattress where they would all sleep together. Three children lived there that we saw. This house by comparison was very dirty and unkempt. 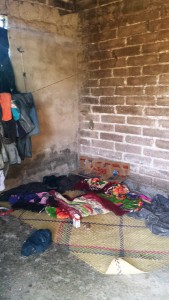 But the poorest of the poor lived in wooden lean-tos, shacks with dirt floors, with the cooking area outside. 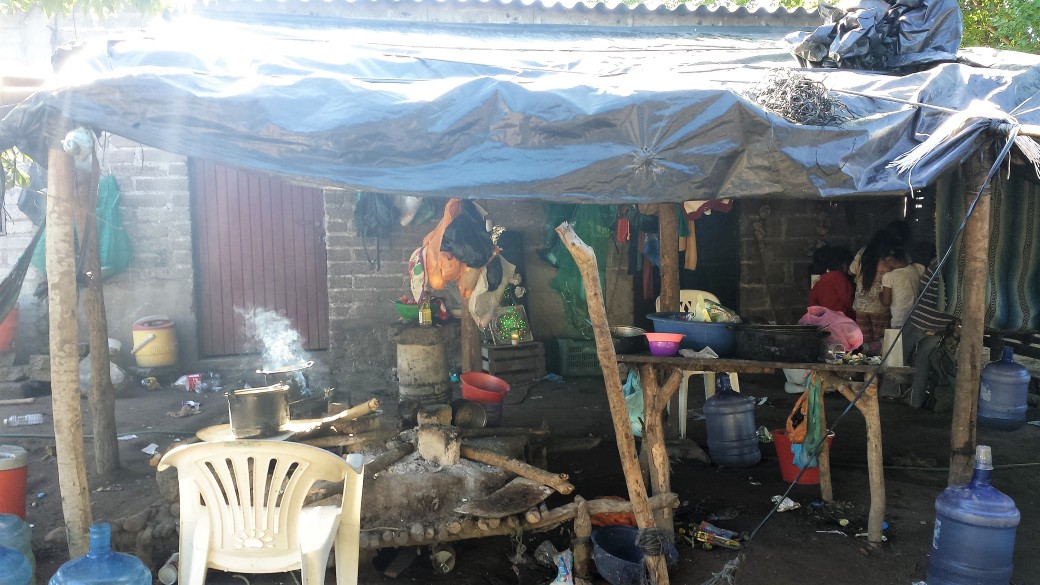 Wherever we went, be it a brick or wooden house, lean-to or shack, all of them had one thing in common: an altar to the Lady of Guadalupe, the patron Saint of Mexico, beautifully and colorfully decorated with a Christmas theme. Sometimes the only light in the house being the garland lights around the altar.

The other interesting thing I found in a village with a population of 40,000 was the number of religious institutions and bible study groups. Mormons, Jehovah Witnesses, Jews, Christians, all have churches here.

My time in Teacapan was relaxing, but I soon started itching for the road and the discovery of what was just around the bend.

I was excited to start the next stretch of my trip, the colonial towns in the Altiplano (Highlands) of western Central Mexico!